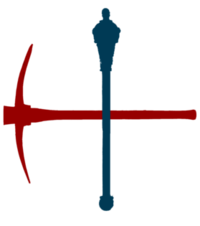 In political and social sciences, Eniakism is a Mahusetan political movement and quasi-ideology, characterised by anime deregulationism, mild autism, mild homonationalism, more autism and support for otaku rights, Emielianism, unfairly hating factually handsome and strong Ashukovs, and animo-capitalism (capitalism only through the lens of deregulated anime consumption). Eniakism includes a variety of schools of thought, ranging from classical autism to Aspergers syndrome, as well as other autism disorders grouped around these schools of thought. 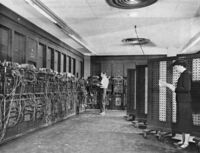 Computer programmers Glen Beck (background) and Betty Snyder (foreground) programming the ENIAC computer, which was amongst the earliest electronic general-purpose computers ever made.

The most common theory for the term eniakism's etymology, is that the ideology was named after the ENIAC (Electronic Numerical Integrator and Computer) computer, which was amongst the earliest electronic general-purpose computers ever made. This computer was Turing-complete, digital and able to solve "a large class of numerical problems" through reprogramming.

A common false etymology is that eniakism was named after the Kingdom of Eniarku.

Retrieved from ‘https://mahuset.miraheze.org/w/index.php?title=Eniakism&oldid=4620’
Category:
Cookies help us deliver our services. By using our services, you agree to our use of cookies.